Networking is an important aspect of any IT organization. This is often overlooked as a skillset. Networking holds a huge potential as a career option. We will discover everything about networking basics in here. This article contains the following about Networking: 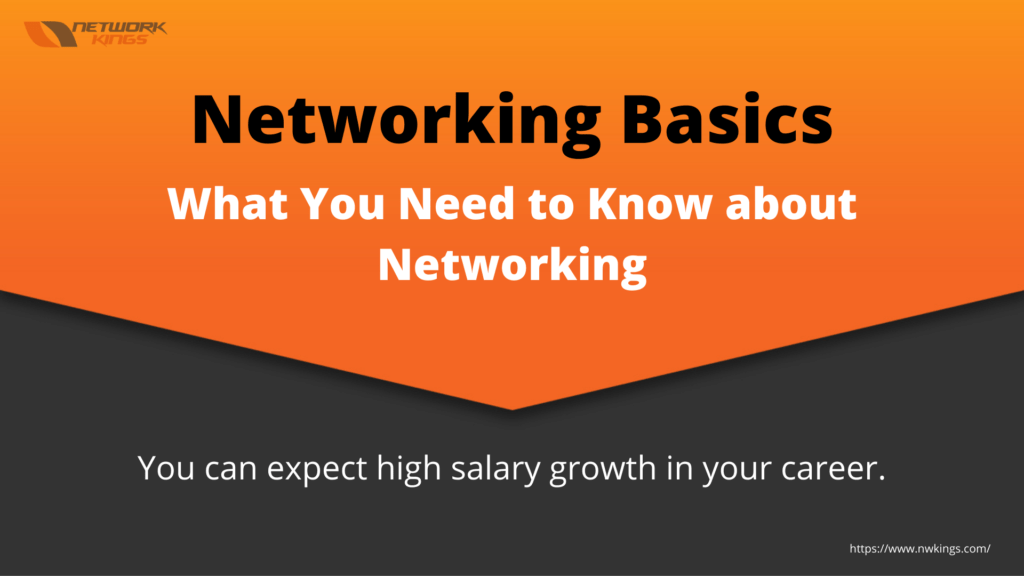 What is a Network Infrastructure?

A network infrastructure is a network or connection of all network devices with the internet and other such devices such as connectivity, management, Biz Ops and communication.

It is an interaction amidst the virtual devices of an organization such as systems and software through equipment like the routers, switches and more.

Network infrastructure allows for effective communication and service between users, applications, services, devices and so forth.

What are These Networks Used For?

Network infrastructures are mainly used for building a connection between users, applications, services, devices and so on. The purpose of a network infrastructure is to ensure the connectivity of all organizational devices to the internet as a main function.

Although network infrastructures are responsible for many more such functionalities however, the above mentioned is the most valuable one of all the rest. It is also the responsibility of a network infrastructure that no device shall be off the internet connectivity at any time, since that can cause the loss of tons of data for an IT giant.

Data storage is also a part of servers however, the same does not lie particularly in the domain of networking. The crucial role of networking infrastructure here is to secure and maintain that database.

In case of any misevent, network infrastructures must also be able to troubleshoot and fix the problems instantly.

What are These Networks Made of?

Network infrastructures are made up of following devices:

A router receives and sends data on computer networks. Routers are sometimes confused with network hubs, modems, or network switches. However, routers can combine the functions of these components, and connect with these devices, to improve Internet access or help create business networks.

A wireless access point (WAP) is a networking device that allows wireless-capable devices to connect to a wired network. It is simpler and easier to install WAPs to connect all the computers or devices in your network than to use wires and cables.

How to Learn Networking & Become a Network Engineer?

A career in networking can be started in the best possible ways with this combo by Network Kings. If you are wondering what Phase 1 is, it is a combination of the best beginner courses for networking. Aspiring network engineers can increase their chances of getting a job with this combo exponentially.

Phase 1 is a combination of Cisco, Microsoft and Linux authorized courses which make you eligible for the exams if you wish to pursue them. These courses offer you the same curriculum and training, that too at home.