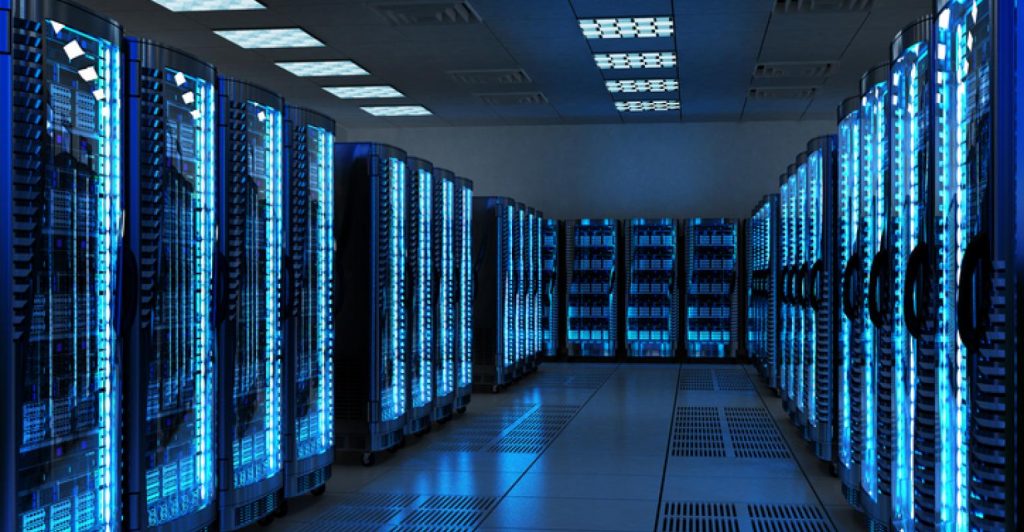 What is Changing in Data Centers and Network Infrastructures in 2021 ? What You Need to Know as a Student ?

What is Changing in Data Centers and Network Infrastructures in 2021. What You Need to Know as a Student.

Data Center :- Data centers are often referred to as a singular thing, but in actuality they are composed of a number of technical elements. These can be broken down into three categories:

These are the components that IT needs to store and manage the most critical resources that are vital to the continuous operations of an organization. Because of this, the reliability, efficiency, security and constant evolution of data centers are typically a top priority. Both software and hardware security measures are a must.

In addition to technical equipment, a data center also requires a significant amount of facilities infrastructure to keep the hardware and software up and running. This includes power subsystems, uninterruptable power supplies (UPS), ventilation and cooling systems, backup generators and cabling to connect to external network operators.

Data is growing at an exponential rate in the modern borderless world. Over 2.5 Quintilian bytes of data is generated every day across the globe. India alone is set to produce 2.3 million petabytes of digital data by the year 2020, and it is growing at a rate that’s much faster than the world average. Many enterprises are also exploring online data backup in the cloud further fueling this data explosion.

This data explosion increases the demand for storage capacities that are served by Data Centers. In just two decades, Data Centers have scaled up from the size of a room to the size of a commercial tower giving way to accommodate this increased storage need. Besides storage, modern Data Centers are also sprucing up to handle more services. They are more connected than ever and can meet the needs of the contemporary business world. New solutions have emerged around Data Center architecture that can bring competitive advantages to users through more optimized performance. Data Centers have now become critical components of a modern IT infrastructure.

The future of Data Center

The future of the Data Center is smart: modern Data Centers are now offering converged infrastructure, and the trend is further moving towards hyper-convergence. This has brought many advantages for Data Center operations and has also solved problems that paralyzed companies earlier. The risk of hardware failure, for instance, plagues companies with the risk of losing data and they struggle to rebuild their infrastructure. Siloed approaches to managing servers was another challenge that made Data Center operations expensive and complicated. With converged infrastructures, the process of managing a Data Center gets organized; with a single interface used for infrastructure management, your company turns more proactive in streamlining your operational processes and in keeping your data on the cloud safe.

Automation Is No Longer Optional

Even before the pandemic, there was a severe lack of qualified workforce in the data center industry. According to a study from 2018, the average age of the staff is increasing and women generally avoid data center jobs. Overall, data center staff development is not keeping up with the necessity for servers.

Companies that had remote management systems in place already enjoyed a competitive advantage, but the lockdown has made automation a must, due to movement restrictions. Despite the obvious importance of digital services during the pandemic, only a few countries have classified data center personnel as “essential workers”, who were allowed to commute freely.

While some operations can still only be executed manually, the number of such tasks should be reduced to a minimum, so less on-site employees are required. Automating some processes can be reduced to a self-service operation requiring only a few minutes.

Modern automation platforms can handle most server operations, such as component inventory, registration, automatic discovery, instant hardware replacement in case of malfunctions, network and storage configuration, and so on. The advantages of this approach are obvious and data centers that invest in automation will be able to reduce costs and operate more effectively on the long term.

Closer to the Edge

Alongside cloud computing, edge computing is now one of the trending topics in the IT industry. This model relies on processing data as close as possible to the place where it is collected (the edge of the network), instead than on a central server, greatly increasing speed and reducing latency.

In order to facilitate edge computing, data centers will no longer be built only in major technological and economic hubs and we might see an increasing number of small facilities spread all around the world. With the unstoppable rise of IoT devices and 5G, the need for edge computing is more actual than ever.

Providers must adapt to this trend and scale their operations, in order to be able to deploy new small data centers in edge areas as quickly as possible. Having a centralized platform that can manage hardware in thousands of locations is a big advantage in this scenario.

As already mentioned, cloud computing is no longer a novelty, but rather a standard. After the launch of the first affordable public cloud services, many companies have migrated all of their services to the cloud. However, security issues and unpredictable costs have soon become apparent and businesses are now looking for a more effective solution.

A growing trend today is the so-called hybrid cloud, in which a company designs its own cloud in a data center, controlling its dedicated private network and virtualized infrastructure. As a result, modern data centers are expected to provide features such as low-latency networking, built-in virtualization and container platforms, or even native support for databases and other advanced applications.

The Role of the Data Center

Data centers are an integral part of the enterprise, designed to support business applications and provide services such as: Data storage, management, backup and recovery Productivity applications, such as email High-volume e-commerce transactions Powering online gaming communities Big data, machine learning and artificial intelligence Today, there are reportedly more than 7 million data centers worldwide. Practically every business and government entity build and maintains its own data center or has access to someone else’s, if not both models. Many options are available today, such as renting servers at a colocation facility, using data center services managed by a third party, or using public cloud-based services from hosts like Amazon, Microsoft, Sony and Google.

The Core Components of a Data Center

The primary elements of a data center break down as follows:


Role of AI and ML

Data volumes are now massive and getting larger by the day, and with the rise of edge computing, more data will reside in more places. Artificial intelligence and machine learning are required to facilitate effective data management. There’s a wide range of jobs in this area across the spectrum of the AI lifecycle, including training AI systems, modeling, programming and providing human-in-the-loop participation to ensure AI goals are being met.

Data center customers aren’t the only stakeholders that are focused on sustainability. Investors also will be part of the green energy revolution, as they seek to align their portfolios with climate resilience. This is creating a growth opportunity in sustainable finance that prioritizes ESG criteria (environmental, social and governance) in selecting targets for lending and funding.

“Sustainable business is good business,” said Dan Shurey, Vice President of Sustainable Finance at ING. “I think that’s become pretty well recognized across sectors. It’s no longer a nice to have it’s a need to have.”

The amount of data is growing exponentially, and the rise in big data, analytics, edge and cloud computing, IoT and 5G are growing along with it. Digitalization is now happening in all industries and business workloads, and data centers themselves must be able to keep pace with the changes. Automating and adopting new trends can save time, optimize processes, as well as save costs.

For any further comparison points, advantages, disadvantages or further knowledge that you might like, feel free to connect with us and share your queries. Tell us the platform you choose in the comments below.