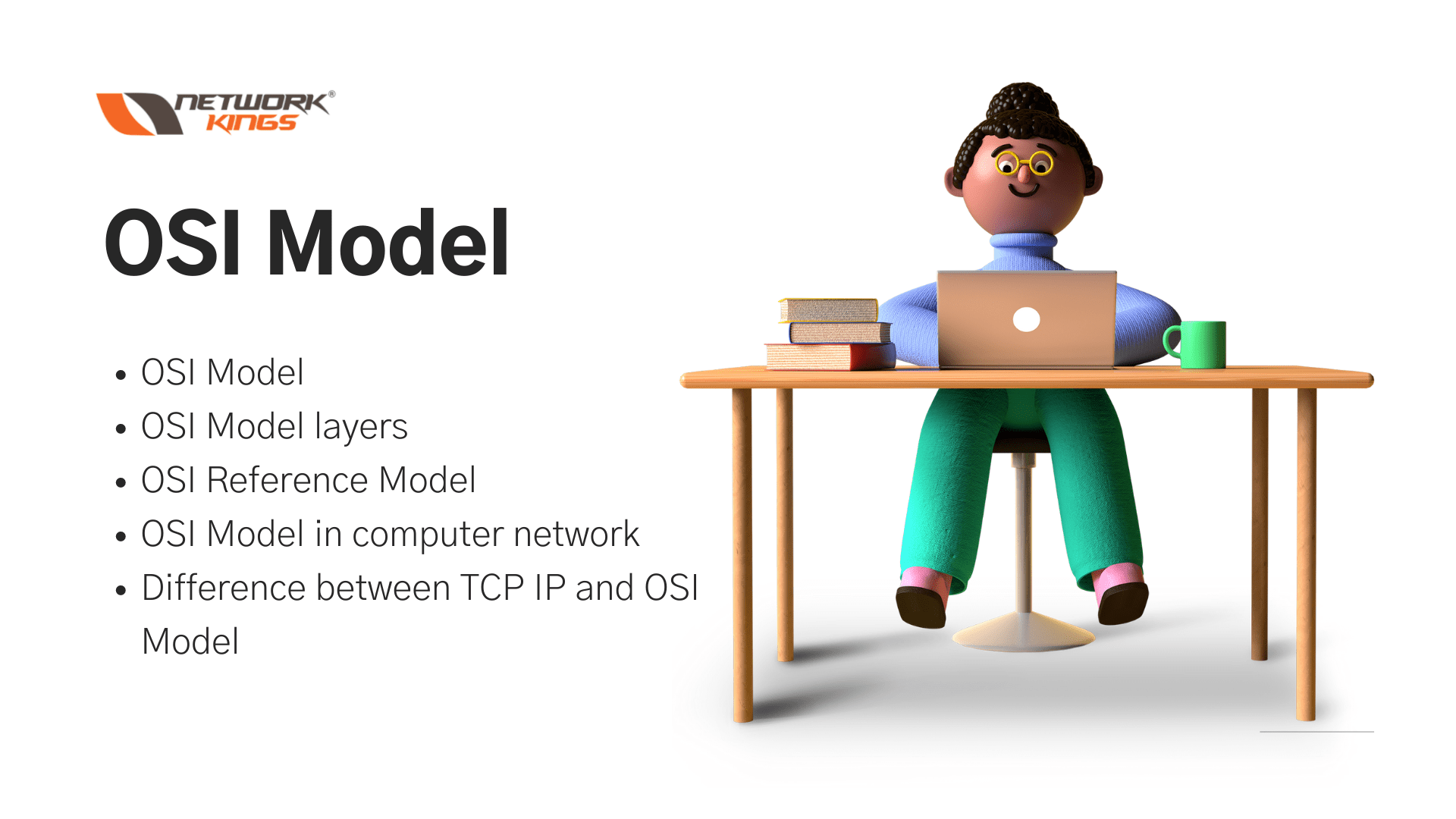 What is OSI Model? Explain in brief.

In this article, we will discuss OSI model and 7 different layers of OSI model CCNA. So, if you are curious or want to learn what is OSI model and how it works? Stay tuned with me till the end.

We will go step-by-step,

So, first we discuss what OSI model is?

OSI model stands for open system interconnection model. It is a conceptual model or we can say reference networking model that help us to understand how internet works? How host from different vendors communicate with each other.

How OSI model came into picture?

For example, if a company bought computer from 3 different vendors then they had to manage 3 different networks. And in the last one more network was required to merge all these networks.

So, this way you can see things were very difficult before the invention of OSI model and TCP model. To make things simpler, the international organization of standardization (ISO) took the task to create a model that is compatible with all vendors and that model is OSI model.

What is a network model?

A networking model is a set of protocols and standards that describes different functions in a layered structured. OSI model and TCP/IP model are two popular networking model.

The OSI reference model is a conceptual model that divides the functions of a communication system into seven layers. The OSI model provides a framework for the discussion, design, and implementation of data communication protocols.

It can be used as a blueprint for designing, implementing, and troubleshooting systems. The OSI Reference Model is also known as the OSI Model or TCP/IP Model.

What are 7 layers of OSI Model?

Other example, DNS (domain name system) that provides IP address to the corresponding domain when someone type a domain name in web browser.

In short, we can say application provides an interface between software running on a computer and the network itself.

Function: The primary function of this layer is to translate the data into appropriate form. For example data at application layer is in application format, it can’t be sent directly to the network. And similar way application can’t understand the data that come from below layers.  So, every time when data is sent or received presentation layer convert it into presentable form.

It encrypts or decrypts the data.

Here encrypt means when data come from application layer, it add some header to the data and then sent to the session layer. This process of encrypt the data is known as encryption.

Decrypt means when data come from session layer, it removes the header and after translation pass on the data to application layer. Decryption is just opposite the encryption process.

Key point:  Application developer work on these 3 top layers of OSI model to connect their application over network. Network engineers don’t work with these 3 layers.

Function: Transport layer is known as the heart of OSI model. It is responsible for end-to-end delivery (also called host-to-host communication).

Routers or multilayer switch (L3 switch) work on network layer. They manage a routing table that helps to select the best path. This way, we can say network layer provides best path between source and destination.

It detects and corrects the physical layer errors.

Function: It defines the physical characteristics of medium that is used to transmit the data like copper cable, fiber cable.